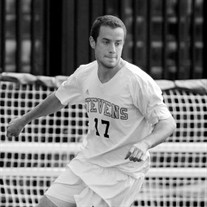 On Saturday evening (8/8/2020), our beloved son, Todd M Sheridan, 32, of Voorhees-NJ, passed away unexpectedly from unknown causes. Todd is survived by his parents, John and Elizabeth Sheridan of Egg Harbor City, NJ; his sister, Carrie Nelson (spouse, Eric); his brother, John (spouse, Melissa); his nieces, Taylor (Nelson), Emma (Sheridan), Claudia (Sheridan), and Kendall (Nelson); his nephew, Bryce (Nelson) … and countless Friends. He treasured each one of them. Born in Robert Wood Johnson University Hospital, New Brunswick, NJ, Todd spent his formative years in Hillsborough, NJ. He’s a fun-loving, loyal, passionate friend for life. A close friend described him as a “beacon of joy, kindness and generosity.” He loved music of all genres and international travel, especially Greece. A superb athlete. He exceled in basketball, baseball, track, and soccer with soccer being his favorite. He recently took up golf. In 2006, he earned a HS Diploma with High Honors from St. Augustine Prep (“The Prep’), Richland, NJ, where he shined athletically and academically. He played on two NJ State Championship teams; named MVP for the 2006 Championship game win over Seton Hall Prep. He was named Player of the Year by several newspapers. Todd went on to pursue an engineering degree and play soccer at Stevens Institute of Technology (“Stevens”) in Hoboken, NJ. As a Freshman, he led the Stevens Ducks to its first undefeated season ever, finishing 4th in the Nation for goals scored per game (+4). The following year, Todd drove the Ducks to the NCAA National Championship game, a shoot-out loss to Messiah. The Ducks named Todd the MVP for this incredible season. He graduated from Stevens with Honors and the prestigious Presidents’ Award as the Top Student-Athlete in the Class of 2010. Todd led “by-example” for which he was named MVP and Captain on every soccer team he ever played on. In 2013, he was inducted into the SJ Soccer Hall of Fame. He coached in the Voorhees Soccer Association for several seasons, and was looking forward to the upcoming season until the COVID-19 pandemic hit. In 2012, Todd earned a MS degree in Geotechnical Engineering from the University of Texas at Austin. Following graduation, he worked for several midsize engineering firms, including GZA Environmental. As an Assistant Project Manager, he led several soil re-enforcement projects in Glassboro, NJ and monitored vibration levels of Manhattan skyscrapers as subway tunnels (e.g., #7 Line) were bored under the city. He earned his PE License. He was an active member of the American Society of Civil Engineers and the Geo-Tech Institute. A viewing will be at held at Wimberg Funeral Home, 211E Great Creek Road, Galloway, NJ on Thursday, August 13th from 4:00 PM to 7:00 PM, with Prayers and testimonial by Father Paul W. Galetto, OSA, PhD Assistant to the President Villanova University at 7:00 PM. In lieu of flowers the Family requests that donations be made to the Community Foodbank of South Jersey, 6735 E. Black Horse Pike, Egg Harbor Twp., NJ 08234. For condolences and directions, please visit wimbergfuneralhome.com. For those not able to attend due to covid restrictions, please check back here in our photo and video section to view the service live on Thursday, August 13th at 7:00 PM. If needed the ID code is 34816. Thank you.

The family of Todd M Sheridan created this Life Tributes page to make it easy to share your memories.

Send flowers to the Sheridan family.