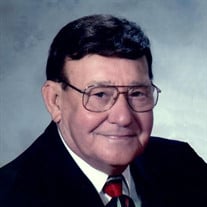 Thomas Penza, 90, Egg Harbor City, passed away on Monday, September 18, 2017 at Atlanticare Medical Center in Galloway. He grew up and attended school in Hammonton, NJ. Tom joined the US Army during World War II. His last rank was Sergeant when he was discharged. In 1951, Tom started the Progressive School of Music. Being a drummer himself, he taught drums and had various other instructors teach different instruments and dance. That year, he also married the love of his life Viola. In 1953, Tom and Viola moved into their house in Egg Harbor City where he continued to teach music in their home. Tom worked for his father, Vincent in the family business Penza’s Oil Service selling heating oil. He then went on to work for Richard Adamucci and became a partner. Tom then has his own branch, Pomona Oil Company which he co-owned and operated until he retired. After retirement, he went on to work funerals at Wimberg Funeral Home in Egg Harbor City. Tom was a member of the Rotary Club in Egg Harbor City, Cologne American Legion, Egg Harbor City Council, and South Jersey Fuel Merchants Association. He enjoyed many things in life such as; fishing, gardening, cooking (he was an outstanding cook), throwing parties in the basement and later on outdoors at the pool, traveling to various friends’ houses to cook for all their friends, breakfast at Carmen’s, and having lunch with his friends at the Hut. Tom also enjoyed fishing with his granddaughter, Shelley and having all three granddaughters at the pool. He is predeceased to by his siblings, Robert V. Penza and Jean (Penza) Lamotta. Tom is survived by his loving wife, Viola J. Penza; his daughters, Bonnie Lynn Bertino (Joe) and Debra Rech; and his granddaughters, Shelley Christine Bertino, Faith Mary Rech, and Hope Marie Christine Rech. Visitation will be held on Saturday, September 23rd from 8:30 to 11:00 AM with a service at 11:00 AM held at Wimberg Funeral Home, 400 Liverpool Ave, Egg Harbor City, 609-965-0357. Entombment will immediately follow at Holy Cross Cemetery in Mays Landing. For condolences or directions, please visit wimbergfuneralhome.com. In lieu of flowers, donations may be made to a C.A.T.S., 959 Asbury Ave, Ocean City, NJ 08226 or NJ HOBY, PO Box 9103, Morristown, NJ 07960 or any charity of your choice.

Thomas Penza, 90, Egg Harbor City, passed away on Monday, September 18, 2017 at Atlanticare Medical Center in Galloway. He grew up and attended school in Hammonton, NJ. Tom joined the US Army during World War II. His last rank was Sergeant... View Obituary & Service Information

The family of Thomas A Penza created this Life Tributes page to make it easy to share your memories.

Send flowers to the Penza family.