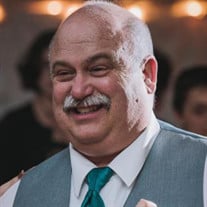 Wayt, Rodney Alan, (Rod) 66, of Galloway Township, NJ died unexpectedly, at home, on Saturday, December 4, 2021. He was born December 23, 1954 in Glen Dale, WV, son of the late Paul Blaine and Norma LaVerne Wayt. Rod was a graduate of John Marshall High School in 1973 and received a Bachelor of Science degree from West Liberty State College in 1977. He also obtained his MBA from Rowan University. He was employed in the health field his entire career, working at the American Red Cross Blood Bank, Shore Memorial Hospital, and retiring in 2019 from Cape Regional Medical Center. Although he spent most of his working life in New Jersey, he loved Moundsville, and especially the East End area, where he grew up. His days were spent playing baseball and football, and having fun at the “Cow Pasture”, at the sight of the current East End Park. He was a true EEDA, even before it was “cool” to have that moniker. His first job was cutting grass at East End for then Parks & Recreation Director Bob Montgomery. He developed friendships that lasted his entire life during those years. He was known to all the nieces and nephews as the funny uncle - never without a joke and known for his own satirical song lyrics. He truly enjoyed his visits back to Moundville, and the entire family would fill his mom and dad’s house, with each visit requiring DiCarlo’s Pizza and Coleman’s Fish sandwiches. He was raised a member of the First Christian Church in Moundsville and was involved in many sporting activities throughout school. True to form, he loved sports, and watching sports continued his whole life. He was an avid Pittsburgh Steeler and Pittsburgh Pirate fan and loved West Virginia University sports. He was preceded in death by his wife, Joni in 2012; his nephew, Tim Paul in 2014; his mother, Laverne in 2016; and his father, Blaine in 2019. Surviving are his daughter, Jessica (Colin) Heikes; his son, Cody Wayt; his sisters, Vicki (Victor) Paul of Mount Olivet, Amy (Greg) Jewell of St. Clairsville, and Beth (Rick) Healy of Moundsville; and nieces and nephews, Matt (Jill) Paul, Mike (Jen) Paul, Jessica Paul, Katie (Jason) Lightner, Megan Jewell, Stephen (Tamera) Jewell, Nick (Whitney) Healy, and Shane (Lori) Healy. Also surviving are numerous great nieces and nephews. Due to COVID concerns, a private viewing will be held on Monday, December 13, 2021 at Grisell Funeral Home, 400 Jefferson Ave., Moundsville, WV. Pastor Wesley Howsare will preside. Interment in Limestone Cemetery. In lieu of flowers the family would ask for donations to the Humane Society of Atlantic County in Atlantic City, NJ. For condolences please visit wimbergfuneralhome.com.

The family of Rodney (Rod) Alan Wayt created this Life Tributes page to make it easy to share your memories.

Send flowers to the Wayt family.