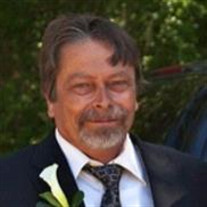 Robert J. Taryani, 66 of Lower Bank, passed away on Sunday, June 21, 2020 at home. He was born in New Brunswick, NJ on January 16, 1954. We lost our beloved Bob on Father’s Day. Also known as “The Dude”, Bob was so loved by his family and friends. He fiercely fought pancreatic cancer until the very end and passed away peacefully at home surrounded by his people. He will be sadly missed by all who knew him. He is preceded in death by his daughter, Sharon Rose; his father, Robert; his stepfather, Art Carson; and his brother, Craig. Bob is survived by his wife, Sharon of Lower Bank; his son, Christopher (Amanda) of Bass River; his stepdaughters, Julie Ferguson (Dave) of Cape May Court House and Vicki Polski (Doug) of Virginia; his mother, Charlotte Carson of Florida; his stepmother, Carol Taryani of Manahawkin; his sister, Sheila (Jimmy) Kazmier of Florida; his brother, Ron from Tuckerton his brother, Keith of Manahawkin; step-sister, Lois Cutler and his three grandchildren, Kaden, Addisen and Alley. Memorial contributions may be made to The Old Meeting House, 2205 River Road, Egg Harbor City, NJ 08215. Memorial service will follow at a later date. Arrangements have been entrusted to Wimberg Funeral Home, 400 Liverpool Ave, Egg Harbor City 609-965-0357. For condolences, please visit wimbergfuneralhome.com.

The family of Robert J Taryani created this Life Tributes page to make it easy to share your memories.

Send flowers to the Taryani family.