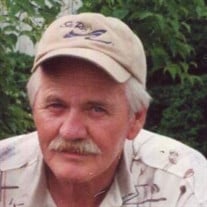 Robert John Dewees, Sr., 80, of Egg Harbor City entered into God’s care surrounded by his loving family on May 13, 2017 at Cooper University Hospital in Camden. He was born in Clearspring, Maryland. He spent his youth growing up in Elwood, NJ and all of his adult life living in South Egg Harbor City. Bob was an accomplished athlete in his youth. He was a football player and boxer, but his passion was baseball. Bob walked miles from Elwood to Hamonton to play baseball. He loved the sport and was an excellent catcher. His claim to fame was when his little league team traveled to Williamsport, PA to play in the 1949 Little League World Series. His team won to become the first New Jersey team to win the series. Bob proudly served in the United States Army with the 8th Infantry Regiment Tank Company 1955. He served in Germany. While in the Army, he played football for the Bullets and boxed in the middleweight class. Bob was a member of the Pin High Golf Club where he achieved a whole in one at age 73. He was formerly employed by General Marine Supply and worked at “Mesco” Marine Equipment Supply Company as General Manager of Marketing and Purchasing until his retirement in 1999. Bob was predeceased by his mother, Laura (Dykes) and 8 brothers and sisters, Theodore, Ethel, Dorothy, James, Charles, Amelia, Henry and Mary. He is survived by his sister, Betty (Tomasello). Bob is survived by his beloved wife, Flora (Addario) of 58 years; 3 adoring children, Donna Martelli (Lou), Robert Dewees, Jr. (Tammy), Terri Lynn Dewees-Rogers; 8 grandchildren Michele, Jim, Louie, Michael, Tanya, Robert J III, Bailey Christine, and Robert III; 14 great-grandchildren, Marko, Mario, Lucas, Logan, Jacob, Lily, Hayden, Kelly, Brayden, Bryce, Vivienne, Marley, Nicholas and Millicent; and his good friend, Ron Smith. His greatest achievement in life was being a world class champion, mentor, friend, husband, father, pop-pop and g-pop; who’s kind eyes touched the souls of many. Family and friends may call on Friday, May 19th from 6:00 to 8:00 PM and again on Saturday, May 20th from 9:00 to 10:15 AM at Wimberg Funeral Home, 400 Liverpool Ave, Egg Harbor City 609-965-0357. A Mass of Christian Burial will immediately follow at 11:00 AM at St. Vincent de Paul Church, 5021 Harding Hwy, Mays Landing. Burial will follow at Atlantic County Veterans Cemetery, 109 Route 50, Mays Landing. In lieu of flowers, donations may be made to the Cedar Creek Scholarship Fund, In Memory of Robert J. Dewees, Sr., Cedar Creek High School. Attn: Ms. Karen Cavalieri, 1701 New York Ave., Egg Harbor City, NJ 08215. For directions or condolences, please visit wimbergfuneralhome.com.

Robert John Dewees, Sr., 80, of Egg Harbor City entered into God&#8217;s care surrounded by his loving family on May 13, 2017 at Cooper University Hospital in Camden. He was born in Clearspring, Maryland. He spent his youth growing up in Elwood,... View Obituary & Service Information

The family of Robert John Dewees Sr created this Life Tributes page to make it easy to share your memories.

Send flowers to the Dewees family.