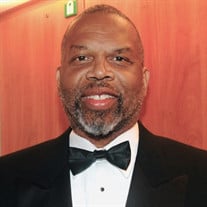 Robert “Bob” Henry Williams Jr. was born on May 2, 1947 to Ella Lee Williams and Robert Henry Williams in Philadelphia, PA. Bob was their only child who they affectionately called “Butch”. While born in Philly, Bob was raised in Swarthmore, PA, the place he always referred to as home. Bob graduated from Swarthmore High School as a scholar-athlete playing varsity Track & Field, Basketball and Football. Graduating in the sixties at the height of the civil rights movement, Bob set his sights on becoming a Doctor and chose Howard University in Washington, D.C. At Howard, Bob studied Zoology on a ROTC scholarship and met Sandra Randolph from Hempstead, NY and they wed 6-weeks later. Upon graduating from Howard in 1970, Bob and Sandra moved to Philadelphia, PA where Bob studied Medicine at Thomas Jefferson University. After completing one year of Medical School, Bob was drafted in the Air Force and trained at Lackland Air Force Base in San Antonio, TX and was subsequently stationed as a Medical Specialist in Plattsburgh, NY; Bob was discharged on Honorable Release in 1973. Bob became Dr. Williams upon receiving his Medical degree from Thomas Jefferson University in 1977 and along the way his sons, Lance and Brock, were born. From Philadelphia, Bob and his family moved to The Bronx, New York where he started his medical residency at Montefiore hospital. Yet, while Bob’s marriage did not work out for the long term, he often referred to his sons as the best gift he ever received. Entrepreneurial and ambitious, Dr. Williams then formed his own family medical practice in the Concourse Village section of The Bronx where he met and subsequently fell in love with one of his patients and future wife, Beverly “Bev” Kettrell . Beverly and her daughter, Janene, were a breath of fresh air for Bob and since day one, Beverly’s family welcomed him with open arms. After a storied career in Medicine in New York, that concluded with Bob receiving his Master’s in Public Health from Columbia University in 1992, Bob was recruited to be the Director of Emergency Services at Atlantic City Medical Center. So, Bob and Bev packed their bags and left the hustle and bustle of The Bronx and settled in Smithville, NJ. After years of serving the medical needs of the Greater Atlantic County community, Dr. Williams was recruited to lead the ER department at Union Memorial Hospital in Baltimore. However, Dr. Williams eventually returned back to Smithville to his roots of entrepreneurship, where he and Beverly established Williams Family Medicine in 2005 which became a bedrock practice serving the medical needs of the community. The son of a retired librarian and postal serviceman, Bob was a voracious reader with a deep passion for science fiction and the Black diaspora, an artist and archivist...Bob was a true Renaissance man. While traveling with Bev to visit friends/family, whenever the occasion arose, Bob always had a camera with him. Whether home or away, he could be found mixing records under his nickname “DJ Doc” or recording podcasts to provide us all with an education on the current state of world affairs. We are blessed that Bob has left us all with a treasure trove of digital content, to enjoy in his passing, along with deep memories of his spirit of generosity, gregarious personality, gentle nature and infectious laugh. Dr. Robert Henry Williams, Jr. is survived by his wife Beverly Kettrell Williams of Smithville, NJ, his son Lance Randolph Williams and his wife Sanya Robinson Williams and grandchildren Lance Randolph Williams II and Logan Chase Williams of Baldwin, NY, his son Brock Anthony Williams and his wife LaDawn James Williams and grandchildren Loire Flowers Williams, Adagio Coltrane Williams and Makonde Olowe Williams of Oakland, CA and his stepdaughter Janene Kettrell Onyango and grandchildren Jordan Onyango and Danielle Onyango of Delran, NJ, his 1st cousin Barbara Hairston of Mays Landing, NJ, four sister-in-laws, four brother-in-laws and a host of cousins, nieces, nephews, lifelong friends, neighbors and thousands of patients he cared for through the years. A gathering to Celebrate Bob’s Life will be held on Friday, March 26th from 4:00 to 6:00 PM at Wimberg Funeral Home, 211 E. Great Creek Rd, Galloway 609-641-0001. For condolences or directions, please visit wimbergfuneralhome.com. Please join us for the live streaming of the Private Service that is being held today. Log into the link by 10:45 AM; https://webcast.funeralvue.com/events/viewer/51085

The family of Dr. Robert "Bob" Henry Williams Jr created this Life Tributes page to make it easy to share your memories.

Send flowers to the Williams family.