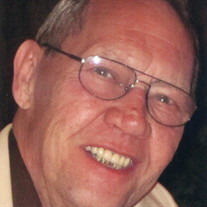 Shinpaugh, Richard (Rocky), 78, of Egg Harbor City, passed away unexpectedly on August 24, 2016 at AtlantiCare Regional Medical Center, Atlantic City, NJ. He was born on May 12, 1938 in Fort Worth, Texas. Grew up in Hastings, Nebraska and graduated high school in Lexington, Kentucky in 1956. After graduation, Rocky enlisted in the United States Air Force where he served his country honorably for five years and where he was trained in air traffic control. After leaving the Air Force, he continued his training with the FAA as an air traffic controller. He served in that capacity in Atlanta, GA from 1962 to 1972. Rocky was then transferred to the FAA Tech Center in Pomona, NJ as a Supervisory Air Traffic Control Specialist. Then 4 years in Washington DC and back to the Tech Center where he worked until his retirement in 1993. During his time with the FAA, Rocky traveled extensively throughout the States to the FAA hubs as a trouble shooter for the computerized airways system. After his retirement, he went to work for a private contractor as a consultant until 1997. He and his family moved to Florida in 1998 and moved back to NJ in 2004. He is predeceased by his parents, Ray and Dorothea Shinpaugh; his brother, Michael; and step-daughter, Dena Haes Giorgianni. He is survived by his wife, Emily (Borgioni) Shinpaugh; his step-granddaughter, Monica Giorgianni; his brother-in-law, Ed Borgioni; his sister and brother-in-law, Barbara and Stan Dimmick of West Hills, CA; and many nieces and nephews. Funeral services will be held on Tuesday, September 6, 2016 from 2:00 to 4:00 PM at Wimberg Funeral Home, 400 Liverpool Ave., Egg Harbor City, NJ 609-965-0357. Burial will be private. For directions or condolences, please visit wimbergfuneralhome.com.

Shinpaugh, Richard (Rocky), 78, of Egg Harbor City, passed away unexpectedly on August 24, 2016 at AtlantiCare Regional Medical Center, Atlantic City, NJ. He was born on May 12, 1938 in Fort Worth, Texas. Grew up in Hastings, Nebraska and... View Obituary & Service Information

The family of Richard "Rocky" Shinpaugh created this Life Tributes page to make it easy to share your memories.

Send flowers to the Shinpaugh family.