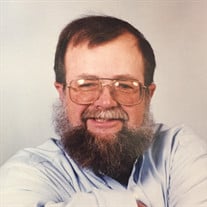 Richard Gregory Lieb, 67, of Mays Landing, was called home to the Lord at AtlantiCare , Pomona, NJ surrounded by his family on Thursday, July 26, 2018. He was born on August 3, 1950. Richard attended Assumption grade school and graduated from... View Obituary & Service Information

The family of Richard Gregory Lieb created this Life Tributes page to make it easy to share your memories.

Richard Gregory Lieb, 67, of Mays Landing, was called home to...

Send flowers to the Lieb family.