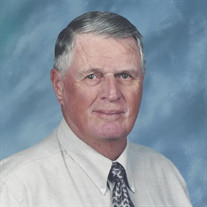 Raymond R. Huber, Jr. age 88, of Absecon, NJ. Raymond R. Huber, Jr. departed his earthly life on October 20, 2017 surrounded by his family at AtlantiCare, Pomona. Born in Atlantic City on May 1, 1929 he was a lifelong resident of the area and enjoyed the outdoors through boating, clamming, fishing and hunting. He received the Tuckerton Seaport Association’s Hurley V. Conklin Award for lifelong devotion to the Barnegat Bay in 2014. Ray spent his childhood years in the Tuckerton area and became a duck hunter and clammer at an early age. He also enjoyed deer, pheasant and quail hunting. He was a member of the Cologne and Port Republic Gunning Clubs. He shot his last deer at age 80. He also hunted with One Shot Gunning Club. Ray graduated from Atlantic City High School in 1947 where he excelled on the basketball court and baseball diamond. Ray was inducted as an athlete and a coach to the Atlantic City High School Athletic Hall of Fame in 2007 and 2011. He was inducted a third time in May 2017 along with his 1963 ACHS baseball team that he coached to a state championship. Ray attended Lafayette College, graduating in 1951 with a BA in Economics and Accounting. While at Lafayette he was a baseball and basketball player for the Leopards. He continued to be a loyal supporter of Lafayette and their sports teams and was proud to attend his 65th class reunion in June 2016. Ray received his Masters Degree in Education from Temple University in 1960 and touched many lives in his thirty- five years in education. Ray proudly served in the United States Coast Guard from 1951 to 1954. While in the Coast Guard he continued to play baseball and basketball and he attended the Pittsburgh Pirates Spring Training at the conclusion of his service obligation in 1955. Ray began teaching in 1955 at Tuckerton High School. He later taught at Atlantic City High School from 1957 to 1967 where he coached basketball and baseball. He became a guidance counselor at Oakcrest High School in 1968 and Absegami High School in 1972, retiring in 1990. When his coaching days were over he indulged his love of sports and family by following his children and then his grandchildren through their youth, high school and collegiate athletic careers. Ray was an active member of the United Methodist Church at Absecon since 1958. Ray is predeceased by his parents Raymond R. Huber, Sr. and Edwina Ruth Peak Huber and infant brother, Robert Huber. He is survived by his loving wife of 62 years, Marie Adams Huber, son Raymond R. Huber, III of West Creek, daughters Kathleen D. McClintock (Timothy) of Versailles, KY and Kristina H. Rudisill (Frank) of Galloway Township. He is also survived by his grandchildren, Corinne Huber, Shannon McClintock, Declan McClintock, Jocilyn Rudisill and Roman Rudisill. Services will be held at The United Methodist Church at Absecon on Wednesday, October 25, 2017. Visitation from 9:00 to 11:00 am. Service to begin at 11:00 followed by a time of fellowship. Burial will be private. Arrangements by Wimberg Funeral Home. For condolences and additional information visit wimbergfuneralhome.com. In Lieu of flowers, contributions may be made to the United Methodist Church at Absecon, Atlantic City High School Athletic Hall of Fame, or the charity of one’s choice.

Raymond R. Huber, Jr. age 88, of Absecon, NJ. Raymond R. Huber, Jr. departed his earthly life on October 20, 2017 surrounded by his family at AtlantiCare, Pomona. Born in Atlantic City on May 1, 1929 he was a lifelong resident of the area... View Obituary & Service Information

The family of Raymond R Huber Jr created this Life Tributes page to make it easy to share your memories.

Send flowers to the Huber family.