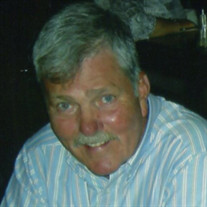 Raymond Coleman, 73, passed away peacefully after a brief illness at AtlantiCare Regional Medical Center, Pomona on January 8, 2017. Born in Millville, NJ, he was a 39 year resident of Absecon. He attended Millville High School and West Virginia University. He was predeceased by his parents, Howard S. and Doris Coleman and his best buddy, brother-in-law, Jack Epifanio (Gail). He is survived by his beloved wife of 50 years, Johanne Coleman; his loving sons, Shawn Coleman (Donna) of Absecon and Craig Coleman (Elise) of Point Pleasant Beach, NJ. He also leaves behind to cherish his memory his adored grandchildren, Anthony, Nick and Gianna Coleman and Zoe, Morgan, Brooke and Riley Coleman. He is also survived by his brother, Ted Coleman (Pat) of Tucson, AZ; and many special cousins, aunts, uncles, nieces, nephews, and lifelong dear friends. Ray was a retired Captain in the Atlantic County Sheriff’s Department where he served with distinction in both Mays Landing and Atlantic City. Always a brave man, he last served in the rank of Major in the US Army Reserve as a Signal officer and on active duty in various military assignments including with the 3rd Armored Division in Germany and with the 101st Airborne Division in Vietnam. His many military awards include the Bronze Star, the Vietnam Cross of Gallantry, the Air Medal and Army Commendation Medals. Ray was an active member of 39 years of St. Elizabeth Ann Seton Church, NJ State PBA, the American Legion and the Sons of Italy. Ray volunteered with Heart Heroes of the AtlantiCare Medical Center. He was continually involved in sports both as a participant and fan. He was a NJ State hurdle champion in high school and played semi-pro baseball in Germany. He enjoyed many years of coaching various sports and umpiring for Absecon youth teams. His later years found him enjoying football and Villanova Basketball on TV. But most of all, he was an avid fan and supporter of his grandchildren’s participation in their many sports and activities. Ray enjoyed traveling with his wife to many places (especially Florida and Maine), boating, crabbing, fishing and parties at their Sea Isle vacation home. Most of all, Ray was known for his steadfast provision of care, guidance, protection and love to his family and friends. Visitation will be held at St. Elizabeth Ann Seton, 591 New Jersey Rd, Absecon on Thursday, January 12th from 6:00 to 8:00 PM and again on Friday, January 13th from 10:00 to 11:00 AM with a Mass of Christian Burial at 11:00 AM. Interment will immediately follow at Holy Cross Cemetery in Mays Landing. Funeral arrangements have been entrusted to Wimberg Funeral Home, 211 E. Great Creek Rd., Galloway 609-641-0001. For condolences or directions, please visit wimbergfuneralhome.com. In lieu of flowers, donations may be made to Heart Heroes at ARMC Mainland, c/o Rose Marie McCarthy RN, AtlantiCare Heart Institute, 65 West Jimmie Leeds Rd, Pomona, NJ 08240, or The Absecon Social Athletic Club, PO Box 26, Absecon, NJ 08201 or the charity of one’s choice.

Raymond Coleman, 73, passed away peacefully after a brief illness at AtlantiCare Regional Medical Center, Pomona on January 8, 2017. Born in Millville, NJ, he was a 39 year resident of Absecon. He attended Millville High School and West Virginia... View Obituary & Service Information

The family of Raymond W Coleman created this Life Tributes page to make it easy to share your memories.

Raymond Coleman, 73, passed away peacefully after a brief illness...

Send flowers to the Coleman family.