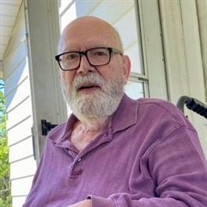 Mazzola, Norman Anthony – 86 years old, passed away on March 20, 2022 at Southern Ocean Medical Center in Manahawkin, NJ after an extended illness. On December 28, 1935, he was born in Egg Harbor City, NJ to Anthony and Felicia Tomassino Mazzola. In 1923, the family built a home in Egg Harbor City, N.J. and raised their family there until during World War II when they moved to Baltimore. In the late 1950’s they returned to Egg Harbor City and the house built by Norman’s maternal grandfather. During his time in the Army, Norman excelled as a Dental Assistant to the point where he was encouraged to pursue dental studies. Instead, he excelled in the business world in a variety of positions. Norman was an Eagles fan to the core! He was always amazed to meet anyone who didn’t know the Eagles, watch the Eagles, cheer the Eagles and everything else involved with the Eagles! However, his kindness in sharing his expertise about the Eagles always superseded his amazement! Norman is preceded in death by his parents, Anthony and Felicia and his wife, Mercedes Domenech Mazzola, preceded him in death in 2004. He is survived by his sister, Carolina (Sister Felicia, Daughter of Charity of St. Vincent de Paul); his stepson, Christopher Knight; three grandchildren; and cousins. Norman and his family will always be indebted for the unending kindness of their neighbor, Bonnie, in her unending compassion and sensitivity. Their gratefulness also extends to Gocha, Norman’s caregiver, who went beyond the call of duty to address Norman’s extended health needs and care. Visitation will be held on Monday, March 28th from 10:30 to 11:30 a.m. at Wimberg Funeral Home – Egg Harbor City followed by a Mass of Christian burial at Noon at St. Nicholas Church, 525 St. Louis Avenue, Egg Harbor City, NJ 08215. Interment will be at Egg Harbor City Cemetery with a military burial. Arrangements have been entrusted to Wimberg Funeral Home, 400 Liverpool Ave, Egg Harbor City, 609-965-0357.For condolences, please visit wimbergfuneralhome.com. In lieu of flowers, donations in Norman’s name may be made to Daughters of Charity International Project, Daughters of Charity of St. Vincent De Paul (daughtersips.org), 18000 West Nine Mile Road, Suite 550, Southfield, MI, telephone (248) 331-4681. https://webcast.funeralvue.com/events/viewer/71468

Mazzola, Norman Anthony &#8211; 86 years old, passed away on March 20, 2022 at Southern Ocean Medical Center in Manahawkin, NJ after an extended illness. On December 28, 1935, he was born in Egg Harbor City, NJ to Anthony and Felicia Tomassino... View Obituary & Service Information

Please join us live on Monday 3/28/22 for the mass by clicking on the link: https://webcast.funeralvue.com/events/viewer/71468

Send flowers to the Mazzola family.