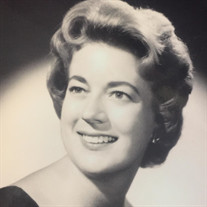 PAULE, NORMA L. (NEE GUERTIN). – 86, resident of Galloway Township, NJ formerly of Oak Lawn, IL passed away peacefully on November 18, 2017. Norma was born on March 8, 1931 in Detroit, MI. In 1951, she graduated from Chaffey Junior College in Ontario, CA with an Associate’s degree in the Secretarial Arts. She worked for 12 years as a secretary at the Ford Motor Company in Detroit, MI. Then decided to become a homemaker with the birth of her first child. In 1978, she reentered the work force as a cafeteria food service manager at the Illinois College of Optometry in Chicago, IL and at Sheppard High School in Palos Heights, IL. Norma was a health nut – always enjoyed learning about nutrition, healthy lifestyle and eating habits. She used that knowledge to coach others. She started her own small business, “Paule Wellness Center”, from which she promoted and sold Shaklee products. She believed that use of their supplements contributed to her ability to still live independently at the age of 86. In 1988, Norma survived a bout with colon cancer. She volunteered her time at local hospitals to help other cancer victims deal with and fight back against their affliction. She was friendly and kind and loved by all. Although frugal with herself, she was always generous with others. Norma was a very active Catholic. For many years she was the senior Eucharist minister at St. Rita’s Church in Chicago. She enjoyed golfing, crafting, cake decorating and imparting her ‘words of wisdom’ with her grandkids. She kept her mind sharp doing crossword puzzles, sudokus, and was an avid Jeopardy watcher. The large Sunday puzzle was her favorite – as that meant quality time with her family (solving the puzzle was always a joint effort). She would often say that her biggest accomplishment, what gave her the most pride, were her kids. Norma is survived by her two children, Edward D. Paule (Lisa) of Absecon and Suzanne Paule of London, UK; her brother, Donald F. Guertin of South Bend, IN; and her four grandchildren, Matthew, Michael, Amanda, and Amber Paule all of Absecon. Norma was preceded in death by her parents Donald W. Guertin and Alice M. Guertin (nee Tank); her husband, Paul E. Paule; and her other two brothers, Richard V. Guertin and Lester J. Guertin. Services will be held next week at St. Rita’s Church in Chicago.

The family of Norma L Paule (nee Guertin) created this Life Tributes page to make it easy to share your memories.