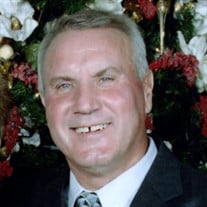 Nelson S Haws Sr., 76, a life-long resident of the Atlantic City area passed away on Thursday evening, February 10, 2022 comfortably at home surrounded by his family. He is survived by his loving partner of +25-years, Marge Nelson; his 3-sons, Nelson Jr, Thomas, and Jonas as well as his 6 beautiful grandchildren, Samantha, Nelson III, Chloe, Kylee, Thomas Jr., and Jake Haws. His loving family included his brothers and sisters, Evelyn, Marge, Charles, Marilyn, Bob and Roy, as well as Nelson Jr’s wife, Natalia and Jonas’s wife, Devon. His extended family includes Jason, Jenifer, Michael and grandsons, Austin, Dylan, and Aiden. Nelson was a proud member of the Atlantic City Beach Patrol on which he served for well over 30-years. He loved the beach and he loved the brotherhood and comradely of all with whom he served. He was also a successful real estate broker and financial consultant for decades but the summers were all about rowing, swimming and being on the beach patrol. Nelson moved to South Florida in 1998 to enjoy the warmer weather and spend more time with his sons Nelson Jr. and Thomas in what was an absolutely incredible +20 years of life. He so enjoyed traveling the world with Marge and loved being with all three of his sons, whether traveling with Jonas to upstate New York, or hanging out with Nelson Jr and Tom in Florida, boating, golfing, playing tennis or helping out with home projects or just watching football on Sundays eating pizza and drinking beer together. To know Nelson was to love him. He touched so many people with his warmth, humor and genuine spirit. If he was your friend, there was nothing he wouldn’t do to help you. He was always willing to spend time or just listen and give what always seemed to be such grounded advice. And as a father, his commitment to family was unwavering. As a coach of every childhood sport, a brother to 3-sisters and 3-brothers, an amazing friend and amazing father, he will be missed by so many. In honor of his life and love for the beach patrol, per his wishes, his ashes will be united with the ocean directly off Kentucky Avenue, Atlantic City, NJ where he spent so many wonderful summers. A beachside ceremony will be organized in early summer 2022. A gathering and memorial service will be held at Wimberg Funeral Home in Galloway, NJ on Tuesday February 15th, at 10am – 12pm.

Nelson S Haws Sr., 76, a life-long resident of the Atlantic City area passed away on Thursday evening, February 10, 2022 comfortably at home surrounded by his family. He is survived by his loving partner of +25-years, Marge Nelson; his 3-sons,... View Obituary & Service Information

The family of Nelson S Haws created this Life Tributes page to make it easy to share your memories.

Send flowers to the Haws family.