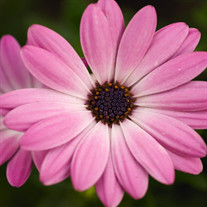 Miriam M. Hall was born in Bloomfield N.J. and passed away on July 11, 2016. She was pre-deceased by her mother, Florence Halligan-Markey, father Thomas J. Markey and brother, Thomas Markey, Jr. Miriam is survived by her husband of fifty-eight years John S. Hall, daughter, Elizabeth Hall and sons, Mark Hall and John Gregg Hall. She is also survived by grandsons Luke Hall and Hunter Faunce, a sister and brother in law Lois and Ted Stieve, many nieces and nephews and their families, and two devoted friends of over sixty-five years, Jean Hackett-Barry and Mary Degnan-Flynn. Miriam graduated from Mount St. Dominic’s Academy, Caldwell, NJ where she participated in the girl's varsity basketball team. She attended St. Joseph’s school of nursing in Paterson, New Jersey and Columbia University School of Nursing, completing a BSN at Glassboro State College (now Rowan University). After graduation, she continued on at Glassboro State to serve as an Instructor of Nursing. After a twenty-two-year career as a Registered and nursing educator, Miriam relocated with her husband, John to Stonington, Connecticut, where she worked in Residential Real Estate until 2010. In Stonington, Miriam was an avid sailor who loved the water. Her summer delight was to take “the launch” out to her boat, The Duxbury, and read the afternoon away. She became an enthusiastic fan of The UConn Huskies women's basketball team. Throughout her life, Miriam had a deep connection to flowers, plants, and dirt, and in 2012, completed the Atlantic County Master Gardener certificate through Rutgers University. She served as a volunteer gardener at The Atlantic City Aquarium. Miriam loved her dogs, Pérola and Sereia. She is remembered by her friends and colleagues as a no nonsense woman, a sounding board and the giver of good advice. An advocate for reproductive rights for women, she supported Planned Parenthood. If you wish to make a donation in her honor to Planned Parenthood or The Humane Society of Ocean City, 1 Shelter Road, Ocean City, NJ 08226, Phone: (609) 398-9500 http://hsocnj.org A gathering will begin at 10:45 AM right before the Mass of Christian Burial which will be held at 11:30 AM on Monday July 18th at Our Lady of Perpetual Help Catholic Church in Galloway, N.J. Arrangements have been entrusted to Wimberg Funeral Home, 211 E. Great Creek Rd., Galloway 609-641-0001. For condolences, please visit wimbergfuneralhome.com.

Miriam M. Hall was born in Bloomfield N.J. and passed away on July 11, 2016. She was pre-deceased by her mother, Florence Halligan-Markey, father Thomas J. Markey and brother, Thomas Markey, Jr. Miriam is survived by her husband of fifty-eight... View Obituary & Service Information

The family of Miriam M Hall created this Life Tributes page to make it easy to share your memories.

Miriam M. Hall was born in Bloomfield N.J. and passed away on...

Send flowers to the Hall family.