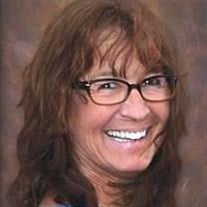 Armstrong, Melissa Camp, 58, was born November 11, 1958, at Lankenau Hospital in Philadelphia, Pennsylvania. She passed away July 8, 2017, in Johnson City, Texas. Melissa grew up in numerous cities throughout the United States and Canada. Melissa was happy, carefree, and yet a competitive child. While living in Corpus Christi Texas, Melissa found a love for horses. She competed in Western Pleasure Horseback riding with her horse Navajo and took home many gold medals. She was often described as being a "tick on the back of Navajo". She also made many friends in both countries before attending college and living permanently in Texas. She earned her degree in nutrition from Stephen F. Austin and spent her life caring for others as a teacher, caregiver, and most recently as a medical assistant. While working as an accountant in Dallas, she met and married Richard Armstrong in 1990. They resided in South Austin before moving to Johnson City, Texas in 2008. Here she adopted rescue dogs and raised them as if they were her children -- giving them the best care anyone could ask for. Her brother-in-law, Randy Armstrong, always used to say that if he were to be reincarnated he would come back as one of Melissa's dogs. Sunshine, Dottie, Pudge, Sasha, and Bandit were her most cherished. Her other loves were her sisters, nieces, and nephews who always got smiles, hugs, and kisses. She loved and cherished her extended family and she will be deeply missed. Melissa was predeceased by grandparents, Joseph A. and Violet Camp and Dominic and Cecilia Migliaccio; and her mother, Carolina Migliaccio Camp. She is survived by her husband, Rich Armstrong; father, Joseph S. Camp, (Roslyn); sisters, Sherry Camp Cavallo (Angelo) and Valerie Camp Reis (Brian); nieces, Angelina Cavallo, Carolina Reis, Nicole Armstrong Frick, Natalie Armstrong, and Lisa Armstrong; and nephews, Alex Reis and James Reis; numerous other relatives; and a host of friends. A graveside service will take place on Friday, July 28th at 11:00 AM at Seaside Cemetery in Marmora, NJ. In lieu of flowers, the family would like contributions to be made in Melissa's memory to The Lupus Foundation of America, 2121 K Street NW, Suite 200, Washington, DC, 20037-1830, (202)349-1155, www.lupus.org or The American Society for the Prevention of Cruelty to Animals, P.O. Box 96929, Washington, DC, 20090-6929, (800)628-0028, www.aspca.org. Local arrangements have been entrusted to Wimberg Funeral Home of Egg Harbor City and Galloway, 609-965-0357. For directions or condolences, please visit wimbergfuneralhome.com.

The family of Melissa Camp Armstrong created this Life Tributes page to make it easy to share your memories.

Send flowers to the Armstrong family.