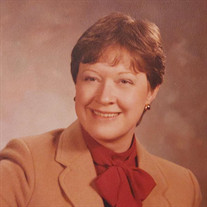 Jassel, Lucinda “Cindy”, (Stowe), - 79, of Galloway, passed away peacefully in her home on January 23, 2022, surrounded by family. Born in Traverse City, Michigan, she was the daughter of the late Gretchen and Peter Stowe. Lucinda traveled to California where she began her family and continued her educational journey, ultimately obtaining her Ph.D. from the University of California at Davis. She and her family relocated to New Jersey, where she began her 34-year career with Stockton University as a professor of Political Science. While Lucinda’s primary passion was educating and engaging with her students, she was equally involved in the Stockton community, where she held multiple leadership positions. Lucinda cultivated many lasting and beloved friendships with her colleagues. Lucinda greatly enjoyed her weekly breakfast outings with her Stockton family and book club meetings. She was also very active in her church, though her greatest joy came from spending time with her grandchildren and great-grandchildren. Lucinda was predeceased by her husband, Donal Jassel; her son, Richard Jassel; and her daughter, Katherine Jassel. She is survived by her daughter, Kristin Thomas (Jassel); her grandchildren, Heather Thomas, Tiffany Bevins (Brandon), Ricky Jassel, Sabrina Gordon (Roy), Toni Jassel, and Emily Girimont; and her great-grandchildren, Declan Shipman, Mackenzie Shipman, and Naomi Bevins. A memorial service will be held on February 12, 2022, at St. Mark and All Saints Episcopal Church of Galloway, at 429 S. Pitney Road, Galloway. Gathering will be at 10:00 am with services to follow at 11:00 am. Interment will be private at a later date. Arrangements by Wimberg Funeral Home in Galloway. For condolences, please visit wimbergfuneralhome.com.

Jassel, Lucinda &#8220;Cindy&#8221;, (Stowe), - 79, of Galloway, passed away peacefully in her home on January 23, 2022, surrounded by family. Born in Traverse City, Michigan, she was the daughter of the late Gretchen and Peter Stowe. Lucinda... View Obituary & Service Information

The family of Lucinda "Cindy" Jassel (Stowe) created this Life Tributes page to make it easy to share your memories.