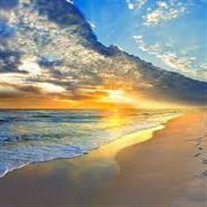 Lindabeth (Linda) Mina Stanton, 75, a resident of Galloway, N.J. passed away suddenly on January 25, 2019, in a hospital in Pomona, New Jersey. She was born the first of four children on March 13, 1943, in Newport, Rhode Island, where her father, Joseph Mina, was a Chief Petty Officer in the US Navy, and her mother, Astrid Nord, was a homemaker. Her family soon after moved to Long Island, NY, settling across the street from her father’s brother, Nicholas Mina, on 220th Street in Bayside, NY. Linda graduated from Bayside High School in 1960. She took a job at Abercrombie & Fitch, commuting to Manhattan from Bayside. She later followed her mother and siblings to live in New Jersey and in her 20s worked for several years in the office at Princeton Airport, in Princeton, NJ, then settled into married life in Middletown, NY, and for many years in Canastota, NY. Linda returned to NJ and later in life worked at Atlantic Electric in Atlantic City. She retired from the utility company and remained in the Jersey shore area, living and working part-time in Margate, NJ, before becoming a resident at Royal Suites in Galloway, NJ. She is survived by a son, James Stanton, and daughter-in-law, Alex Stanton, of Newton, PA; a brother, Leslie Mina, and sister-in-law, Marie Coscia, of Sayerville, NJ; a sister, Robin Mina, of Delicias de Cobano, Costa Rica; nephew Jon Dickinson of Manville, NJ; nephew Scotty Mina of Johnstown, PA; and two nieces, Margaret Daly & Victoria Daly of Reading, PA. Linda was predeceased in 2010 by her brother, Russell Jon Mina. On Friday, September 27th, 2019, at 10:30 am, a Memorial Service in Linda’s memory will be held at the Griggstown Reformed Church, 1065 Canal Road, Princeton, NJ 08540 with the Reverend Jeff Knol officiating. Refreshments will immediately follow in the Griggstown Church Hall. Please join us in remembering Linda.

Lindabeth (Linda) Mina Stanton, 75, a resident of Galloway, N.J. passed away suddenly on January 25, 2019, in a hospital in Pomona, New Jersey. She was born the first of four children on March 13, 1943, in Newport, Rhode Island, where her... View Obituary & Service Information

The family of Lindabeth (Linda) Mina Stanton created this Life Tributes page to make it easy to share your memories.

Send flowers to the Stanton family.