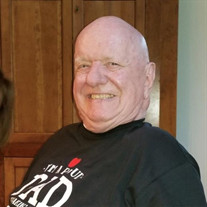 Kenneth Rickards, 83, of Egg Harbor City, passed away on Tuesday, January 21, 2020. Ken grew up in Sharon Hill, Pa. From there he would go to Gettysburg College and then joined the Air Force in 1955 where he was a Military Police Officer.... View Obituary & Service Information

The family of Kenneth Rickards created this Life Tributes page to make it easy to share your memories.

Kenneth Rickards, 83, of Egg Harbor City, passed away on Tuesday,...

Send flowers to the Rickards family.