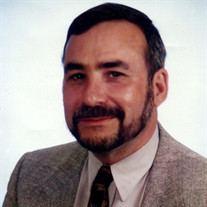 Kenneth A. Leoni, 75, of Linwood, passed away on May 9, 2021 at home. Born and raised in the Chambersburg section of Trenton, NJ, he graduated from Trenton Central High School and the University of Virginia. Ken had happy memories of a childhood spent hanging out in the ’Burg with his tight-knit Italian family. He took up trumpet at Junior HS #2, playing in the marching and dance bands and at Trenton High’s legendary Sports Nights. He was an accomplished and intuitive musician, with a lifelong love of music, especially jazz and folk. He could not pass a piano without sitting down to tinker, and when he began practicing trumpet seriously again in his retirement, he added flugelhorn to his repertoire just for the challenge. In 1967, at the height of the Vietnam war, Ken enlisted in the US Air Force. When a routine aptitude test revealed a talent for foreign languages, he was sent to the prestigious US Defense Language Institute in Monterey, California for intensive training in Arabic. He was deployed to the Greek island of Crete, where he spent two years translating intercepted messages that monitored military actions in the Middle East. While there he also soaked up Greek island culture, and collected a trove of local art and craftwork to bring home to his family. After his discharge, Ken worked in retail before settling into a 33-year career with the Superior Court of NJ, retiring in 2012 as assistant manager of the finance division. He lived life with a meticulous appreciation for detail and an enduring passion for learning. He devoured library books and demolished crosswords (in pen!). Found pleasure in a well-played horn solo, a red-tailed hawk in his backyard, the giraffes at the zoo. Looked forward to an early morning round of golf, an afternoon bike ride, a glass of Clyde Mays bourbon or a very-dry martini. Never met a dog or a baby he didn’t like – and the feeling was always mutual. He was generous with his gifts and his time, never forgetting a birthday, always there to help when anyone needed him. First and foremost, Ken’s heart was with his family. He doted on his wife, children, nieces, nephews, and especially his grandchildren: cheering at Colton’s pro wrestling matches, and officiating at Bailey’s wedding to Brandon in 2019, were among his proudest moments. Ken is predeceased by his wife of 36 years, Lura Leoni; son, Clinton McFatridge; and parents, Joseph and Virginia (Azzinaro) Leoni. Survived by daughter, Lura McFatridge-Kolb (John); daughter-in-law, Karen McFatridge; grandson, Colton McFatridge; granddaughter, Bailey Mullins (Brandon); brother, Joseph Leoni (Margaret); sister, Virginia Moles (Nicholas); nephews, Jeffrey Leoni (Melissa) and Matthew Leoni (Mollie); niece, Joanna Moles; and great nieces and nephews, Natalie, Ava, Colin and Jack Leoni. A gathering will be held on Wednesday, June 2, from noon to 2pm with a service at 2pm at Wimberg Funeral Home, 211 E. Great Creek Rd, Galloway 609-641-0001. For condolences or directions, please visit wimbergfuneralhome.com. Donations may be made in Ken’s memory to: Penny Angel’s Beagle Rescue, PO Box 2161, Ventnor, NJ 08406; Linwood Public Library, 301 Davis Ave, Linwood, NJ 08221; Trenton Music Makers, 1 N. Johnston Ave, Trenton, NJ 08609 Please join us live at 1:45 PM on Wednesday, June 2 for the Live Stream of the service; https://webcast.funeralvue.com/events/viewer/54761

Kenneth A. Leoni, 75, of Linwood, passed away on May 9, 2021 at home. Born and raised in the Chambersburg section of Trenton, NJ, he graduated from Trenton Central High School and the University of Virginia. Ken had happy memories of a childhood... View Obituary & Service Information

Please join us live at 1:45 PM on Wednesday, June 2 for the Live Stream of the service; https://webcast.funeralvue.com/events/viewer/54761

Send flowers to the Leoni family.