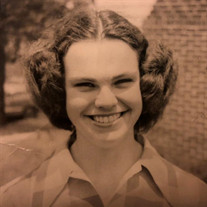 Kathleen Walczak went home to be with her Lord and Saviour, Jesus Christ on November 25, 2018, surrounded by her family who love her so much. She was born to Alice and John Ireland on September 14, 1934, in Egg Harbor City, New Jersey. Kathleen attended Egg Harbor City schools and was valedictorian and secretary for the class of 1952 at Egg Harbor City High School. Also in that year, Kathleen began dating Tom Walczak, the love of her life. They were married in 1954 and have been best friends ever since. While in school and after, Kathleen worked in several family businesses in Egg Harbor City, including Ireland’s Gulf Station, Weiler’s Gift Shop, and Ireland’s News Agency, also known as “the paper store.” Kathleen was a clerk and bookkeeper there, as well a part-owner, and she did whatever was needed of her. But those who know Kathleen well know she would say that her most important work was being a wife to her husband, Tom, mother to their five children, and later, grandmother, and great- grandmother. One of Kathleen’s many talents was quilting. She had a knack for picking out beautiful pieces of fabric and crafting them into quilts. She made them not only for her own family, but also for babies born into her church family, as well, and they are treasured. Additionally, Kathleen was a founding member of the Lafayette Quilt Club. Kathleen had a beautiful singing voice. As a young woman, she took voice lessons and directed the church youth choir at Emmanuel Church. Later, she sang in the church’s senior choir and occasionally sang solos for the congregation. Kathleen was a wonderful cook and baker, and her cinnamon buns are well-known for miles around. Her family enjoyed many Sunday and holiday meals around the Walczak table. Kathleen is predeceased by her parents, and her son, Andrew Brian Walczak. She is survived by her husband, Thomas; sons- Robert (Linda), and John; daughters, Gail Cramer (Dean), and Rebecca Walczak (Shane); son-in-law, John Golebiewski; brother, Donald Ireland (Irma); grandchildren, Douglas Walczak (Raechel), Stacey Pepperman (Mike), Greg Walczak (Coleen), Adam Cramer (Kelli), Aaron Cramer (Wendy), Rachel Graeff (Robert, III), Andrew Thomas Walczak, and Chloe Golebiewski; great grandchildren, Whitney, Megan, and Callie Pepperman, Joshua, and Kaia Cramer, Ellie and Emmy Cramer, and Naomi Graeff; and many nieces, nephews, and friends. Kathleen lived her life as a servant to others. She gave lavishly of talents, her wisdom, her integrity, her love, and most importantly, her faith. We know that she is at the feet of Jesus where He is telling her, “Well done, My good and faithful servant. You have earned your rest.” Services will be held on November 29, 2018 at Emmanuel Congregational Church, 101 Liverpool Ave, Egg Harbor City, NJ 08215. A viewing will be held from 10 a.m. until 12 noon, with the funeral service beginning at noon. Burial will follow at the Egg Harbor City Cemetery. Arrangements have been entrusted to Wimberg Funeral Home, 400 Liverpool Ave, Egg Harbor City, 609-965-0357. For condolences, please visit wimbergfuneralhome.com.

Kathleen Walczak went home to be with her Lord and Saviour, Jesus Christ on November 25, 2018, surrounded by her family who love her so much. She was born to Alice and John Ireland on September 14, 1934, in Egg Harbor City, New Jersey. Kathleen... View Obituary & Service Information

The family of Kathleen Walczak created this Life Tributes page to make it easy to share your memories.

Kathleen Walczak went home to be with her Lord and Saviour, Jesus...

Send flowers to the Walczak family.