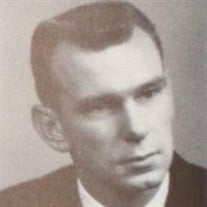 Zondlo, Joseph - 86, of Egg Harbor Township, was born March 12, 1935 in Wilkes Barre Pa, to Polish immigrants Katherine (Chielowiec) Zondlo and Stanley Zondlo; their 3rd and last child, preceded by his two sisters Stephanie (Ucinski) Zondlo and Freida Zondlo. Their father Stanley worked in coal mines with the dream of his children achieving the American Dream… tragically, Freida died young in her early teens, but Joseph and his beloved sister Stephanie both rose to achieve the dream their parents came to America for… Stephanie as a successful nurse in NYC and Joseph as the Head of the Child Psychology Team for the Margate School District for 35 years, followed by retirement where he was a Board of Education member of the Atlantic County Special Services School District and Atlantic County Institute of Technology. Along the way he received a Degree in Engineering from Penn State, followed by a Masters Degree in Education/Child Psychology from Millersville University and a Masters Degree in Psychology from Glassboro State. On January 31, 1972 his wife of 49 years, Lois (Kellett) Zondlo, whom he loved and adored, joined his journey; and upon retirement his favorite thing was their daily lunches at various restaurants around town. On October 1, 2017 Lois passed on and the lunches were paused. On February 10th, 2022 Joseph passed as well, and on that day he moved on to join her in the next life where their daily lunches began a new. Joseph was predeceased by his aforementioned Wife, Father, Mother and Sisters, and is survived by his only child, his son Zachary Zondlo. Friends and family may call on Tuesday, February 22nd from 10am-11am, with a service beginning at 11am, at Our Lady of Sorrows Church, 724 Maple Ave, Linwood. Burial is private. In lieu of flowers, donations can be made in Joseph’s memory to Wounded Warriors Project at www.woundedwarriorproject.org. Arrangements by the Wimberg Funeral Home, Galloway. Condolences may be extended to the family at WimbergFuneralHome.com

Send flowers to the Zondlo family.