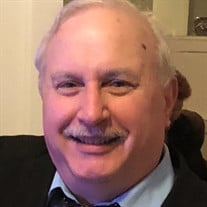 Joseph Esposito D.D.S, 69, of Galloway, NJ, passed away on March 6, 2021 at ARMC, Mainland. All services will be private. Dr. Esposito was born on 12/17/1951 in Syracuse, NY. He was the first dentist to set up a practice in Galloway in 1982. He loved talking with his patients, especially about canoeing. He had his famous “canoe wall” in the office where many photos with patients could be seen after a trip down the river together. Joe loved math and instilled this passion in his children, Amy and Sam, by playing math games with them. He was so proud of both when they graduated with math related careers, Amy as an Architect, and Sam as a CPA. Joe was incredibly skilled at chess, he was a critical thinker, problem solver, and highly analytical. He also loved to read, most notably historical writings but never neglecting other genres or types, such as poetry. He was preceded in death by his parents, Nick and Dolores (Paison); step-father, Floyd Munson; and step-sister, Elizabeth Munson. He is survived by his wife, Pamela (Fox); his children, Amy (King of Prussia) and Samuel (Galloway); his sisters, Joan Smeraski (Michael) of Medford and Bridget Bernardi, DO (John) of Sewell, NJ; his three nieces, Andrea, Stella, and Lydia; his two nephews, Nick and Theodor; and one grandniece and grandnephew. Memorial contributions may be made to the American Heart Association or to the Family. Arrangements have been entrusted to Wimberg Funeral Home of Galloway.

The family of Joseph Esposito created this Life Tributes page to make it easy to share your memories.

Send flowers to the Esposito family.