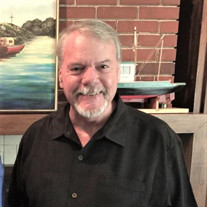 Senn, Jonathan, 75, of Egg Harbor City, went to heaven to sing in God’s choir on November 23, 2020. Jon was born on January 18, 1945, and was raised in Egg Harbor City, NJ, spending many of his summers enjoying the Brigantine beach. He graduated from Oakcrest High School and received his bachelor's degree in English at Moravian College. Jon taught Mathematics in Hammonton for four years before joining his father, Robert Senn, in the family business, Senn Oil Company. Once his father retired, Jon stepped into the role of manager and continued Senn Oil’s tradition of taking care of their most important asset, their loyal customers. Jon was honored with the Egg Harbor City Chamber of Commerce Businessman of the Year award in 2005. Jon enjoyed spending time with his family. As a dedicated, hard-working family man, he spent most of his time with his wife of 52 years, Mary Lou. Jon was a wonderful example and role model for his three children. He was a dedicated grandfather who enjoyed rooting for his grandchildren in their many sports and activities. Jon loved spending time at his cabin along the Mullica River in Sweetwater, fishing on the dock and relaxing with his family. He could often be seen in his white Adirondack chair enjoying a glass of red wine with Mary Lou. During football season, Jon loved going to “The Eagles Nest”, where he enjoyed the game and martinis with friends. He also loved spending special occasions with “The Final Ten”. In his spare time, Jon expressed his artistic ability by creating what he called “Piney Scrimshaw” wood art. Just last month, he gifted each of his children and many friends with his creations. Anyone who has ever been around Jon has heard at least one of his corny jokes or unique sayings. One of his favorite sayings was, “There are good ships and wood ships, ships that sail upon the sea, but the best ships are friendships so may we ever be.” Jon was also known for his one of a kind speeches and detailed prayers at special family gatherings. Jon will be deeply missed in his community and various organizations, where he was a dedicated leader. Jon was a Past Master of the Hiram T. Dewey Masonic Lodge and was currently Chaplain and Trustee. He was a Past President of the Egg Harbor City Rotary Club, member of Mays Landing/Egg Harbor City Rotary Club, Past Sachem, Trustee, Sannap of the Improved Order of Redmen Kickapoo Tribe 237, and member of Egg Harbor City Industrial Committee. Jon also led and participated in many other organizations and activities within his community. When asked why he joined so many organizations, his answer was, “Because they asked me to.” Jon was a lifelong member of the Egg Harbor City Moravian Church, where he was president of the Board of Trustees, served on the Ways and Means Committee, and sang in the choir. He performed in many of the church’s plays with his wife and his brother as Otis, Cletus, and Edith. He volunteered in various fundraising activities, donating much of his time to help his church. Jon’s father often told his children to take care of the churches and that’s what he did. Jon is predeceased by his parents, Robert and Wilma Senn. He is survived by his wife, Mary Lou Senn; his children, Jeremy (Lisa), Brian (Tawana), and Jillian; and his grandchildren, Tatiana, Noah, Andrew, Braelin, and Luke. He is also survived by his brother, George (Joanne); his sisters, Marcia, Sharon, Debbie (Bill); and many nieces and nephews. Visitation will be Sunday, December 6, 2020, from 1:00 PM to 4:00 PM with a Masonic Service at 4:00 PM followed by his funeral service at Wimberg Funeral Home, 400 Liverpool Ave, Egg Harbor City 609-965-0357. For condolences or directions, please visit wimbergfuneralhome.com. The service will be available virtually to family and friends via this link; https://webcast.funeralvue.com/events/viewer/41553. A celebration of life will be held at a later date. In honor of Jon, donations can be made to the Egg Harbor City Moravian Church, 245 Boston Avenue, Egg Harbor City, NJ, 08215. Those who knew him well would find it most appropriate to end with one of Jon and his father’s favorite sayings, “Well, thanks for coming!”

Senn, Jonathan, 75, of Egg Harbor City, went to heaven to sing in God&#8217;s choir on November 23, 2020. Jon was born on January 18, 1945, and was raised in Egg Harbor City, NJ, spending many of his summers enjoying the Brigantine beach. He... View Obituary & Service Information

The family of Jonathan Senn created this Life Tributes page to make it easy to share your memories.

Send flowers to the Senn family.