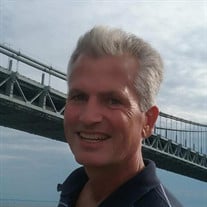 Jon Michael Reilly, 57, of Bellmawr, NJ was born on May 18th, 1962 in Fredonia, New York to Florence K. Reilly and John M. Reilly. He spent his childhood in Gales Ferry, Connecticut and Haddonfield, New Jersey, where he graduated from Paul VI High School. Jon attended Rutgers University where he was on the rowing team. He went on to fulfill his dream of attending the University of Notre Dame where he graduated in 1984. He received a J.D. from Rutgers School of Law in 1988 and shortly thereafter began his career as a law clerk in Woodbury, NJ. Following his clerkship with the Gloucester County Superior Court he was hired by the Cumberland County Prosecutor’s Office as an Assistant Prosecutor. Jon loved the practice of law and the relationships and friendships that he forged through his work. Throughout his career he served in both Cumberland and Salem counties until his retirement in 2012. Jon loved college football, and he especially loved going back to his alma mater, Notre Dame, on football weekends with his family and friends. He also enjoyed attending the Army vs. Navy game each year, as well as Rutgers football games. After retiring from the Prosecutor’s Office Jon spent several weeks travelling across the country, camping and visiting college football stadiums from Alabama to Colorado. Jon loved spending time with his family and friends, going to Bruce Springsteen and Southside Johnny concerts, supporting his nieces and nephews in their lives and endeavors- from baseball and football games to theatrical performances. He loved spending time with his family in Connecticut and going to the beach, from Misquamicut, CT, to LBI, Ocean City and Margate, NJ, Deerfield Beach FL, to cruises in the Caribbean. Jon was best known as an exceptional brother, uncle, nephew and friend. He had the innate ability to bring joy to others through his sense of humor. Anytime spent with Jon would inevitably begin and end with laughter. He was incredibly intelligent and a constant source of interesting information. His kindness could be seen in his distinctly beautiful blue eyes and felt by his selfless words and actions. Jon was a living example of Christ and his Catholic faith. Jon passed away on November 25, 2019. He is survived by his sister Johnna Tyson, brother and sister-in-law Timothy P. Reilly and Iraisa C. Orihuela-Reilly, nieces Christine Wilmoth and Iraisa Ann Reilly, nephews Sean Tyson, Timothy J. Reilly, and Patrick Tyson, his Aunt Betty Bernardo, Uncle Joseph Reilly and great nieces and nephews. Visitation will be held at 10:00 am on Friday, December 6th, at St. John’s Catholic Church at 809 Park Avenue, Collingswood, New Jersey (St. Teresa of Calcutta Parish). A funeral mass to follow at 11:30 am. Burial will be held at 11:30 am on December 7th at Elm Grove Cemetery in Mystic, Connecticut. In lieu of flowers, donations may be made Esophageal Cancer Support Group of Philadelphia, 344 Lester Road, Springfield PA 19064.

Jon Michael Reilly, 57, of Bellmawr, NJ was born on May 18th, 1962 in Fredonia, New York to Florence K. Reilly and John M. Reilly. He spent his childhood in Gales Ferry, Connecticut and Haddonfield, New Jersey, where he graduated from Paul VI... View Obituary & Service Information

The family of Jon Reilly created this Life Tributes page to make it easy to share your memories.

Send flowers to the Reilly family.