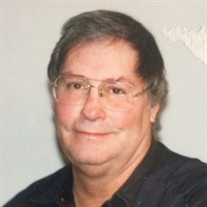 Warren, John Norman “Poppop”, 77, of Egg Harbor Twp., passed suddenly and peacefully in his home while taking an afternoon nap on Aug. 26, 2020. John was born in Long Beach, CA on March 25, 1943. He earned his degree in engineering from University of Houston while simultaneously working at the Manned Spacecraft Center, NASA. From there, he relocated to New Jersey to delight in the changing seasons and raising his family. John was most fond of cooking for his family, playing pranks (such as successfully convincing us that eggplants contain eggs using an elaborate scheme of secretly placing a chicken egg in an eggplant, then “proving” his statement by cutting open the eggplant to reveal an egg in the center), picnicking with his family, giving his loved ones riddles to solve and philosophical questions to answer, and sending long paragraphs of texts containing political commentary, recipes, and fond memories. He was happiest when bringing his family joy, even if he wasn't necessarily partaking in the fun, such as watching us kayak from the shore on days out, or sending the most random products he could find on Amazon, anywhere from wet vacs, to twenty empty pizza boxes, to baby food. We are eternally grateful for the generous amounts of food he gifted for us, along with unique kinds of cookware. As long as something brought his loved ones glee, John hoped to provide. He will always be remembered as the man whose happiness was inspired by others' happiness. He enjoyed a career as an aerospace engineer at both NASA (Houston, TX) and the FAA (EHT, NJ), the first in whence he met Leslie, his former wife and mother of his three children, Elizabeth N. Warren, Amy S. Caton (Lewis), and Laura Eve Hecht (Christopher), all of whom will miss him dearly. At the Federal Aviation Administration, John worked extremely hard and had an integral part on developing and researching TCAS: Traffic Alert and Collision Avoidance System, which he was very proud of. He is also remembered by his sisters, Barbara Dye (née Warren) of Nebraska and Candace Villamaino (née Collins) of Arizona, and devoted friend of twenty-five years, Sophia McClain. Especially feeling the loss of his corporeal presence is his cherished grandchild, Frankie "Gabers" Barber, whose predeceased father shared a close friendship with John. He is also missed by his additional darling grandchildren, young Naiya and Rae Caton of Seattle, WA. John was predeceased by his loving and personally influential grandfather who was thrice elected into the Texas Legislature, Joseph Terry "J.T." Newman, plus dear friends of the Langone family including Joey Langone, Sue Whalen, and Jimmy Joe Whalen. John is predeceased by his parents, Marjorie Collins (née Newman) and Clarence G. Warren, Jr. Thank you Poppop for all you have done for us through the good and the bad. We are filled with gratitude for you just always being here, never leaving us, and miss you so much already. Sleep well, my love, we will never forget you. Arrangements entrusted to Wimberg Funeral Home, 211 E. Great Creek Rd, Galloway 609-641-0001. For condolences, please visit wimbergfuneralhome.com.

The family of John "Poppop" Norman Warren created this Life Tributes page to make it easy to share your memories.

Send flowers to the Warren family.