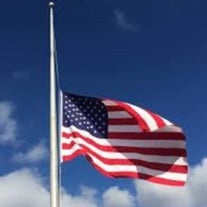 John Hall, 80, of Egg Harbor City, passed away peacefully at home on March 12, 2020. John was born in Camden and spent his childhood tormenting the residents of Audubon, NJ. As a teen, he was sent to (and ran away from) military school before enlisting in the Navy where he served in Willow Grove, PA and Cuba. After leaving the service, John and Gloria lived in Medford Lakes before moving to Brigantine, where his parents owned the Circle Tavern. John was the founder, owner, and sole employee of Hall Fuel Oil. If you lived in Brigantine and had oil heat, you probably met him. John is preceded in death by his parents, Frank and Agnes (Dewan) and his grandson, John Michael. John is survived by his wife and partner in crime, Gloria; his son and daughter-in-law, John and Michelle; his daughter and son-in-law, Julie and Ethan; his grandchildren, Emily and Jack; his brother, Frank of Indiana, PA; and his sister, Barbara of Las Vegas, NV. John was a lover of dogs, naps and all things TaskyKake. He was a natural born putterer and could build or fix just about anything. He loved to work in the garden, eat junk food, and tell tall tales of his wild youth. He built insulated houses for stray cats. He cooked burgers for his dogs. He was a magnet for animals and small children. John was an air traffic controller in the Navy, though he saw more beer than battle. He had his instrument pilot’s license and loved to fly for the fun of it. He lived to read the morning paper and complain about the Democrats. He loved doing the crossword and beating his wife to the jumble answers. John attended every football and softball game that his children played in. He built sledding runs for his grandchildren when it snowed. He was always up for a game or a challenge and he hated to lose. He had an opinion on everything and loved to share it. He was stubborn and curious, smart and silly, infuriating and hilarious. He was always there for his family and he will be missed. Services are private. Arrangements have been entrusted to Wimberg Funeral Home, 400 Liverpool Ave, Egg Harbor City, NJ 609-965-0357. For condolences please visit wimbergfuneralhome.com.

John Hall, 80, of Egg Harbor City, passed away peacefully at home on March 12, 2020. John was born in Camden and spent his childhood tormenting the residents of Audubon, NJ. As a teen, he was sent to (and ran away from) military school before... View Obituary & Service Information

The family of John Hall created this Life Tributes page to make it easy to share your memories.

John Hall, 80, of Egg Harbor City, passed away peacefully at...

Send flowers to the Hall family.