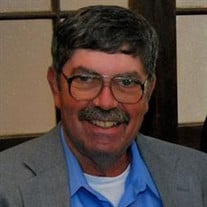 James Michael Mulry, 65, of Egg Harbor City passed after a brief illness on Friday, May 20, 2016 at Thomas Jefferson Hospital in Philadelphia, PA. Born at Fort Sill, OK, he was the son of the late Leo J. and Margaret (Berbaum) Mulry-Legg. He graduated from Mill Road School in Northfield and was a graduate of the Class of 1971 of Mainland Regional High School. He was a member of the 1968 CAL Champion baseball team. He also received the Varsity M in baseball in 1968 and 1969 and for being Cross Country Manager for the 1970-1971 season. He was a driver for JC Miller, World Class Flowers, South Jersey Auto Supply & Eastern Auto Parts. Jim was an avid sports fan following the Oklahoma Sooners, Villanova Wildcats and New England Patriots. He participated in a Phillies Podcast weekly with his friend, Rich Baxter. He attended many sporting events at Stockton University especially during basketball season to root for the Ospreys, followed the PGA & LPGA tours and went to the US Open at BALTUSROL. He was a bowler at Northfield Bowling Lanes. He loved NASCAR and Oakcrest Basketball. Jim became involved with the Miss New Jersey local pageants serving on the Miss Atlantic County and Miss Mainland Pageant Committees for many years. He would attend many local pageants and received a Pageant Supporter Award from the Miss Salem County Pageant in 2012. He was a Miss New Jersey Supporter for many years. He was a season ticket holder at the Rainbow Comedy Playhouse in Lancaster, PA and enjoyed dining out with his wife to celebrate their monthly and yearly anniversaries on the 8th of each month. Jim loved his “Magnificent 7” and his cat, Precious Angel. Jim is survived by his wife of 34 years, Sue (Heffley); his sisters, Kathy (Steve) Szwec of Morrisville, PA and their children, Stephen (godson) of PA and Jennifer of TX; Carla Famolare (Rick deceased) of Saugus, MA and nephew, Michael and Nieces, Angela (Craig) Rourke of MA and their children, Joshua, Nicole, and Samantha (Zack deceased); (Paula deceased) and Pat Mulry of Hawaii; brother, Rob (Ellen) of Belford, NJ and niece, Sara Mulry of NY, nephews, Sean Mulry of NJ and Robert Mulry of NC; uncle, George (Ann) Mulry of Everett, MA and aunt, Marie (Richard deceased) Mulry of Everett, MA; sister-in-law, Cynthia (William deceased) Keller of Pleasantville and nephew, William of Pleasantville; brother-in-law, Gary Heffley of Egg Harbor City; and many cousins. A special thank you to George Muller and Carmen Musial for there support during this difficult time. In lieu of flowers, please make a donation to your favorite charity. A gathering will be held on Thursday, June 2nd from 10:00 to 11:00 AM with a mass at 11:00 at St. Vincent de Paul Parish 5021 Harding Hwy, Mays Landing. Arrangements have entrusted to Wimberg Funeral Home, 400 Liverpool Ave, Egg Harbor City 609-965-0357. For condolences, please visit wimbergfuneralhome.com.

James Michael Mulry, 65, of Egg Harbor City passed after a brief illness on Friday, May 20, 2016 at Thomas Jefferson Hospital in Philadelphia, PA. Born at Fort Sill, OK, he was the son of the late Leo J. and Margaret (Berbaum) Mulry-Legg.... View Obituary & Service Information

The family of James Michael Mulry created this Life Tributes page to make it easy to share your memories.

Send flowers to the Mulry family.