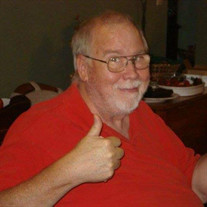 Presnall, Howard, 71, of Galloway, NJ born on 3/25/45 in Atlantic City, NJ and was called home to the Lord on 11/8/16 at the UPenn Hospital in Philadelphia. Howard worked at the Monte Carlo Motel in Atlantic City as resident manager for 11 years. He also worked at the Historic Smithville Inn for 15 years starting as Food and Beverage Inventory and working his way up to Comptroller. Then he tried the casinos and worked at Harrah’s and Showboat for a combined 9 years in Finance. His favorite was working at Spencer Gifts for 15 years. He stared as a temp doing bank statements and after he was hired full time he worked his way up to Senior Accountant. Howard went to Holy Spirit Grammar and High School in Atlantic City then to LaSalle College in Philadelphia graduating with a BS in Accounting. One of Howard’s greatest joys was being a member of Greentree Church. It gave him great pleasure teaching the 1st and 2nd grade boys about the Lord. He also coached 1st and 2nd grade boys for Upward Basketball. Left behind to cherish his memory is his wife of 42 years, Toni (Bowles); son, James (Amy); a very special grandson, David Sneathen; and his pride and joy, granddaughter, Haley Presnall. He is also survived by extended family, Vivian Bowles, Jim Bowles, Carol Nash, Vivian (Tom) Higgins, Michelle Fleming, Carl (Robin) Bowles and many nieces and nephews and great nieces and nephews. He also leaves special friends, JoAnn and Ed Mack, Connie and Jim Tyree of our fellowship group from Greentree Church. As well as his LaSalle roommates and families who have stayed close for more than 40 years, John (Bobbi) Flinn, Joe (Taffie) Brisley, and Joan Vasiliauskas. Howard was predeceased by his parents, Howard and Jean (McMeekin) Presnall; his brother, John Presnall; his extended family, Marie Carter; and his friend, George Vasiliauskas. The last year of Howard’s life was his most challenging. Being sick and near death many times, he pulled through each time and surprised everyone. During his illness and recovery, he met the most wonderful caregivers at ARMC Mainland, Acuity and Atlantic City and Seacrest Village in Mystic Island. And they all loved Howard; he was always making them laugh. He made many friends and did a lot of witnessing for the Lord. He was my walking miracle. He was looking forward to his final surgery for kidney stones which was successful but after recovery his blood pressure started dropping and he was just too tired and weak to fight anymore. A gathering will be held at Greentree Church, 125 Schoolhouse Road, Egg Harbor Township on Monday, November 14th from 10:00 to 11:00 AM with the memorial service immediately following. Arrangements have been entrusted to Wimberg Funeral Home, 211 E. Great Creek Road, Galloway 609-641-0001. For condolences, please visit wimbergfuneralhome.com. In lieu of flowers, donations may be made to Greentree Church.

Presnall, Howard, 71, of Galloway, NJ born on 3/25/45 in Atlantic City, NJ and was called home to the Lord on 11/8/16 at the UPenn Hospital in Philadelphia. Howard worked at the Monte Carlo Motel in Atlantic City as resident manager for 11... View Obituary & Service Information

The family of Howard Presnall created this Life Tributes page to make it easy to share your memories.

Send flowers to the Presnall family.