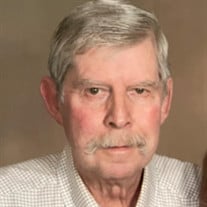 Gerald W. Hoenes (a.k.a. Jerry), 82, of Absecon, passed away Wednesday, October 20, 2021, at home surrounded by family and friends. Born in Atlantic City to the late George and Eva (LeChard) Hoenes. Gerald was the youngest of three brothers. He attended Cologne Avenue School and Egg Harbor City High School. Following graduation, he attended Trenton State College (now the College of New Jersey) obtaining a BA in teaching Social Studies. Rather than enter the world of work, he decided to pursue a graduate degree by attending the Maxwell School of Citizenship and Foreign Affairs at Syracuse University. After two years, he returned home and took a job teaching Social Studies at Oakcrest High School. In 1964, he spent a summer at Vanderbilt University in Nashville, Tennessee on a scholarship. From 1971 to 1973, while working at Oakcrest full-time, he attended Glassboro State College (now Rowan University) during evenings and summers and earned a M.A. degree in Supervision and Curriculum Development. Shortly after obtaining this degree, he moved from full-time teaching to being the Social Studies Department Chairperson at Oakcrest. In 1993, he became a full-time Supervisor of the Social Studies and Performing Arts Department. He retired after 35 1/2 years at Oakcrest. Being a believer in volunteerism, he sought election to the Absecon Board of Education in 1978. He served a total of 33 years and over 21 as President of the Board. Jerry always believed a good education for all students was of utmost importance and he worked until his final days to support this belief. Jerry was active in the Atlantic County School Boards Association; was selected by the NJ School Boards Association to serve as a group leader for newly elected board members throughout NJ and served 5 years on the Atlantic Co. Professional Development Board. He was an active member of the Absecon Education Foundation, the Absecon Historical Society, Absecon Presbyterian Church and the Atlantic County Retired Educators Association. Jerry dedicated much of his life supporting the community and others. On a personal level, Jerry met his wife, Joan (Joanie) at college and later, they married and moved to Absecon, NJ. They lived in Absecon and raised their daughter, Cynthia who quickly became and will always remain, Daddy’s little girl. Cynthia later married Mark and together had three beautiful grandchildren who were the light of Jerry’s eyes. Even before retirement, Jerry enjoyed traveling throughout the country and world with his daughter and his wife. Jerry had a love of reading, gardening, walking and bicycling. You could often find Jerry reading a book on the Brigantine Beach or riding his bike around town. He is survived by his beloved wife, Joan Hoenes of 53 years; his daughter, Cynthia Hoenes Saindon (Mark); his grandchildren, Louisa, Corinne and Benjamin; his brothers, George Hoenes Jr. (Kathy) and Ronald Hoenes; his sister-in-law and brother-in-law, Lois (Mike) Hainsselin; several nieces and nephews; and countless friends. He is predeceased by sister-in law, Rose Hoenes and Patsy Hoenes. A visitation will be held on Thursday, October 28 from 6-9pm at Wimberg Funeral Home in Galloway 609-641-0001. A visitation will also be held on Friday, October 29 at Absecon Presbyterian Church from 10-11am followed by a service and burial. For condolences or directions, please visit wimbergfuneralhome.com. In lieu of flowers, donations may be made in Jerry’s memory to the Absecon Education Foundation, 800 Irelan Ave., Absecon, NJ 08201. Please join us live at 10:45 AM on 10/29 for the service; https://webcast.funeralvue.com/events/viewer/62893

Gerald W. Hoenes (a.k.a. Jerry), 82, of Absecon, passed away Wednesday, October 20, 2021, at home surrounded by family and friends. Born in Atlantic City to the late George and Eva (LeChard) Hoenes. Gerald was the youngest of three brothers.... View Obituary & Service Information

Send flowers to the Hoenes (aka Jerry) family.