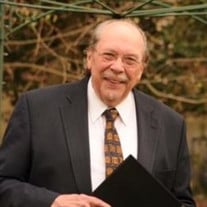 Dave A. Evans, of Galloway, passed away on Thursday, March 23, 2017. He was born April 4th, 1947 in Pittsburgh, PA. and raised in Monessen, PA. Son of Virgil D. Evans and Thelma H. Evans, Father of Erin S. Evans of Galloway, Brother of Juanita “Missy” Moore of Galloway, Uncle to Wesley H. Moore, III of Toms River and great nephews, Matthew and Michael, and great niece Madeline, along with hundreds of relatives located in Pike County, Indiana. David taught in the Galloway School District for 35 years and 4 years in Chicago after graduating with honors from California State University in Pennsylvania. He was the New Jersey Middle School Social Studies Teacher of the Year in 1991; Galloway Township Teacher of the Year in 1986 as well as the Galloway Township Education Foundation Government Advocate for Education in 2001 and 2003; selected in Who’s Who in American Education 1991 and 1992 as well Who’s Who Among America’s Teachers in 2006. David was also selected as a member of Cedar Creek High School’s “Local Hometown Heroes” in 2013. He received the Special Recognition Award in 2004 by the Galloway Martin Luther King, Jr. Committee. Upon Retirement from teaching in 2013, Mayor Donald Purdy of Galloway and Council proclaimed June 13th, 2013 as “Dave Evans Day.” David served in the U.S. Navy from 1965-1969 both in Vietnam and Guantanamo Bay, Cuba. He received 5 commendations while serving as well as being Attack Squadron 42 Sailor of the Month in February 1969. David was elected to Galloway Township Council in 2001 and served as Deputy Major from 2003-2005. He was instrumental in creating both the Patriot Lake and Galloway Townships Veterans Memorial Park and the “Salute to Our Veterans” annual commemoration for Galloway’s Veterans. He was appointed to the Atlantic Cape Community College Board of Trustees in 2005 where he served in nearly every role possible accumulating with his election to be Board of Trustees Chairman in 2013 and served for two years in that capacity. David was a member of the Vietnam Veterans Association; Veterans of Foreign Wars; and the American Legion. Visitation will be held on Tuesday, March 28th from 5:00 to 7:00 PM at Wimberg Funeral Home, 211 E. Great Creek Rd, Galloway 609-641-0001. For directions or condolences, please visit wimbergfuneralhome.com. In lieu of flowers, please send donations to Beacon Church - Food Bank, 420 S. 6th Ave. Galloway, NJ 08205.

Dave A. Evans, of Galloway, passed away on Thursday, March 23, 2017. He was born April 4th, 1947 in Pittsburgh, PA. and raised in Monessen, PA. Son of Virgil D. Evans and Thelma H. Evans, Father of Erin S. Evans of Galloway, Brother of Juanita... View Obituary & Service Information

The family of David A Evans created this Life Tributes page to make it easy to share your memories.

Send flowers to the Evans family.