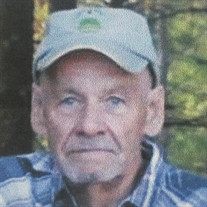 Christopher Michael Skierski, of Philadelphia, PA, passed peacefully in his home surrounded by loved ones on 26 October 2017 in Egg Harbor City, NJ. Christopher is survived his son, CMSgt Christian Skierski, of Egg Harbor City, NJ and his wife, Barbara and their three children, Nicholas, Ava, and Megan; his son, Michael Christopher Skierski of Philadelphia, PA and his wife, Kelly, and their two children, Michael and Ryan; and his daughter, Nicole Skierski and her daughter, Adrianna. Christopher was a graduate of St. Joseph’s University, retired as the Director of Financial Reporting for NJ Transit in 2015 and from SEPTA as the Manager of General Accounting in 1987. Chris served our country with honor in Vietnam as an Army Specialist. The family thanks the dedicated staff at AtlantiCare Hospice & Palliative Care for their support and compassion. A memorial will be held at the Atlantic County Veterans Cemetery on Wednesday, November 1st at 11:00 am. Arrangements have been entrusted to Wimberg Funeral Home, 400 Liverpool Ave, Egg Harbor City 609-965-0357. For condolences, please visit wimbergfuneralhome.com In lieu of flowers, condolences may be made in the form of donations to the Last Salute Military Funeral Honor Guard.

The family of Christopher Michael Skierski created this Life Tributes page to make it easy to share your memories.

Send flowers to the Skierski family.