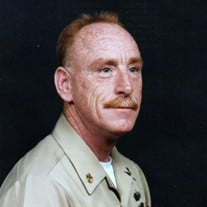 Charles Schaefer, passed away surrounded by his family on the night of April 23rd in the comfort of his home in Egg Harbor Township NJ. He was a member of Fusion Church in Somers Point, NJ where he served as an Usher to the Church community. He was a retired EMC(SW) of the US Navy with 25 years of Honorable service. During his time in the Navy, Charles served in the Vietnam War as a Radioman and later crossed over to an Electrician’s Mate. He finished his service as a Career Coordinator for the Naval Submarine School in Groton, Connecticut. Charles held several jobs following his Navy retirement while attending college to further his education. He earned his Master’s Degree in Organizational Management in 2004 from Eastern Connecticut State University and went on to teach management courses for service members at McGuire AFB in New Jersey. He finished his employment career as a Senior Probation Officer, Family Division, for the State of New Jersey. Charles enjoyed watching sports, reffing softball and baseball youth games in his younger years, playing in pool and dart leagues, playing “cutthroat” golf with his brothers and sisters, teaching his granddaughters how to play cards and playing card games with family, traveling to various destinations with his siblings and their spouses, attending his granddaughters’ sports games and dance recitals, and always taking his beloved wife, Helene, on old fashioned date nights. He was a great conversationalist and could discuss any topic for hours. Charles was a one of a kind influential “teacher” with a light hearted and jovial sense of humor with a compassionate heart. His presence will forever be missed by so many. He was preceded in death by his parents, William and Mary Schaefer; sister and brother-in-law, Martha and Robert Elliot; sister, Mary Jordan; and his brothers, Louis and Martin Schaefer. He is survived by his wife, Helene Schaefer; son, Nathan Schaefer; daughter, Crystal Schafer; granddaughters, Olivea Nycole Schaefer, Isabella Marie Schaefer, Sophia “Turtle” Grace Schaefer; brothers, William and wife, Robin, Robert Schaefer and wife, Susan, and Bradly Schaefer; and numerous nieces and nephews. A gathering of friends and family will be held on Saturday, May 11th from 10am-11am followed by a Celebration of Life service from 11am-12pm at Fusion Church of Somers Point, NJ. In lieu of flowers, donations may be made to the Fusion Church, 701 New Hampshire Ave, Somers Point NJ 08244. Arrangements have been entrusted to Wimberg Funeral Home, 211 E. Great Creek Rd., Galloway 609-641-0001. For condolences, please visit wimbergfuneralhome.com.

Charles Schaefer, passed away surrounded by his family on the night of April 23rd in the comfort of his home in Egg Harbor Township NJ. He was a member of Fusion Church in Somers Point, NJ where he served as an Usher to the Church community.... View Obituary & Service Information

The family of Charles Schaefer created this Life Tributes page to make it easy to share your memories.

Charles Schaefer, passed away surrounded by his family on the...

Send flowers to the Schaefer family.