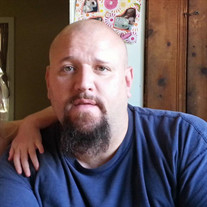 CHARLES H McDERMOTT, JR …a.k.a CHOO, 48 old, died suddenly on June 25, 2021 in Galloway Twp. Born in Cherry Hill NJ, Pennsauken area, to Charles Sr and Judy on Dec 13, 1972, moved to the Mullica Twp area at the age of 8, where he attended local schools, played sports, graduated Oakcrest High School and went out into the work force. Formerly employed with ARMC, Home Depot and Shoprite, he most recently worked in Absecon. Choo enjoyed reading books about World History, watching Phillies Baseball, Eagles Football and cold beer (and never without a can of Kodiak)! He had a jovial, at times sarcastic, sense of humor, he could talk to anyone and did whether they liked it or not! He lived A LOT of life in a short amount of time. Choo was pre-deceased by his son, Jackson Charles McDermott; his father Charles, a.k.a “Bobby”; his brother, Rob; and his sister, Kim. He is survived by his mother, Judy; his sister, Kelly; his nieces, Melissa, Heather and Ashley; a nephew, Ethan; but will be so sadly missed by his greatest gift to this world, a daughter, Janey R McDermott, who he co-parented with Lori Wimberg. He was the most kind, patient, caring father to his daughter and did an amazing job as a stay-at-home Dad in her earlier years. He also leaves behind his companion/ girlfriend, Kathy Cruz and her children, Hayley, Nico and Jaiden Cruz. Choo is and always will be so fondly remembered and greatly missed by all who knew him. Services will be private at the request of the family. Arrangements by Wimberg Funeral Home in Egg Harbor City 609-965-0357. For condolences, please visit wimbergfuneralhome.com.

The family of Charles H McDermott created this Life Tributes page to make it easy to share your memories.

Send flowers to the McDermott family.