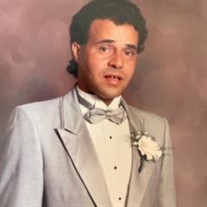 Garcia-Rivera, Benjamin “Benny” – age 72 went home to be with the Lord on October 13, 2021 with his family by his side after he fought a courageous battle with cancer. He was born in Jayuya, Puerto Rico on May 29, 1949 and he moved to Atlantic City, New Jersey in the late 1960’s where he resided most of his life. He was employed by Deer Park Baking Co. for over 20 years until their closing in 1992. He also worked as a handyman and maintenance worker in Atlantic City before retiring. He was predeceased by his parents Guillermina and Manuel Garcia, three brothers, Antonio, Fernando, Manuel Jr., one sister Ramona Escobar and one nephew Juan “Panchy” Lugo. Benny is survived by four brothers; Luis (Gloria) of Vineland, Ruben (Nilda) of Hammonton, Miguel of Atlantic City and Martin (Rosa) of Pleasantville, five sisters; Gloria (Benjamin) Gonzalez, Isabel Garcia, Milagros Quiroz, Marta (Wilberto) Alvarado all of Atlantic City and Margarita (Jorge) Rivera of Mays Landing, two sisters-in-law; Kathy Garcia of Mays Landing, NJ, Rosa Garcia of Pottstown, PA, one brother-in-law; Angel Escobar of Miami, FL, a host of nieces, nephews, great nieces, great nephews and his Goddaughter/Niece Madelin “Lily” Lugo who took care of him during his illness. He also leaves behind his stepdaughter Traci (Cástulo) Matos, their two sons Lee and Eric, his former companion Denise Duncan who remained a special friend through the years, his buddy Teala Haden and the entire Duncan family who will all miss him dearly. Benny as he was affectionately known to many, enjoyed many things in life, like spending time with his family and friends and he really enjoyed riding his bike. He would frequently take his bike on the bus or train from Atlantic City to Egg Harbor City and when he arrived he would ride around to visit family, friends, and two of his favorite spots the Egg Harbor City Lake and Lincoln Park. He liked going to the beach and the AC racetrack to see the live horse races. He also loved eating crabs and having a nice cold beer. He was a kind-hearted person who would always lend a helping hand whenever anyone needed it. You could hear him before you actually saw him when he arrived at your home because he would be singing a song at the doorstep. He liked to make others laugh whenever he was around even when he wasn’t feeling his best. Benny’s warmhearted spirit will be missed by all who knew and loved him, especially his stepdaughter, close-knit family, and his Goddaughter and sisters who lovingly cared for him during his illness. Visitation will be Tuesday, October 19, 2021 from 10AM – 11AM at Wimberg Funeral Home, 211 E. Great Creek Road, Galloway, NJ (609) 641-0001 where services will begin at 11AM. Burial will follow at Atlantic City Cemetery in Pleasantville, NJ. Please note: due to the COVID-19 protocol, everyone in attendance at the Funeral Home, vaccinated or unvaccinated must wear a mask while indoors or within 6 feet from one another outdoors.

The family of Benjamin Garcia-Rivera created this Life Tributes page to make it easy to share your memories.

Send flowers to the Garcia-Rivera family.