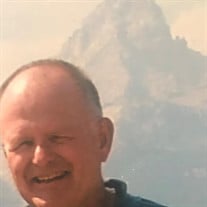 Merrill, Jr., Albert E., 82, of Galloway, passed away on Saturday, May 1, 2021. Born in Salem, Massachusetts. Al graduated from Mt. Hermon Boarding School in the Northwestern part of Massachusetts. He received a Bachelor of Science Degree in Mechanical Engineering from Tufts University and a Master of Science Degree in Mechanical Engineering from Stevens Institute of Technology. His professional career began with his work for Reaction Motors Division of Thiokol and was his first exposure to computer programming which would be continued throughout his career. He then served as a consultant for aerospace firms such as GE Cincinnati, Allison Indianapolis, Pratt and Whitney Montreal, Pratt and Whitney Manchester, Connecticut. At each location he analyzed turbine blade cooling configurations. He then went on to a successful career at Atlantic City Electric in their Engineering Department that spanned over 23 years. Al enjoyed woodworking projects and created many pieces of furniture for his family. His love of computers was well known and his extensive knowledge of technology was shared with any who needed his expertise. He also enjoyed playing tennis most of his life, cherishing the friendships he formed with this tennis buddies in the Four Seasons community. Al treasured his time traveling the United States with Nancy and wintering in Florida but most of all he enjoyed spending time with his family. Al is predeceased by his parents, Marian Spearin Merrill and Albert Eugene Merrill, Sr. and sister, Nancy Merrill Swertfager. He is survived by his beloved wife, Nancy (nee Perkins); children, Thomas L. Merrill (Denise), Kelley M. Williams (Sam), and William Montag (Nicole); and grandchildren, Emily Wiegand (Ryan), Brady Montag (fiancée Samantha), James Merrill, Duncan Williams, Kate Merrill, Sophia Montag and Grace Montag. A memorial service will be held Saturday, May 22nd at 11am at Wimberg Funeral Home, 211 E. Great Creek Road, Galloway 609-641-0001. For condolences or directions, please visit wimbergfuneralhome.com. In lieu of flowers, donations can be made to Lakeway CASA, 1609 Walters State CC Drive, Suite 9, Morristown, TN 37813.

Merrill, Jr., Albert E., 82, of Galloway, passed away on Saturday, May 1, 2021. Born in Salem, Massachusetts. Al graduated from Mt. Hermon Boarding School in the Northwestern part of Massachusetts. He received a Bachelor of Science Degree... View Obituary & Service Information

The family of Albert E Merrill Jr. created this Life Tributes page to make it easy to share your memories.

Send flowers to the Merrill family.