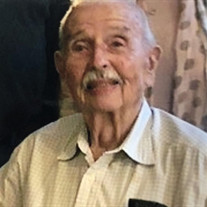 Haes Jr., Albert S., 87, of Egg Harbor City passed away in his home on Wednesday, February 5, 2020. Born in Germania Gardens to Albert and Anna Haes, he was a resident of Egg Harbor City for 66 years and graduated from Egg Harbor City High School in 1951. Al owned and operated his father’s family business “Haes Oil Co.” in Cologne, NJ until retirement along with driving seasonally for Atlantic Beverage in Local 331. Al was dedicated to providing his customers with good and reliable service and providing for his family. Al was a life member of Egg Harbor City Fire Department and Korean War veteran of the United States Coast Guard, enlisting in 1952. He was a member of both the Emmanuel Congregational Church and Victory Bible Church. Al enjoyed telling jokes, playing cards, cooking, painting, hunting and fishing, and reminiscing on old times. He also loved time with his grandchildren and great grandchildren, daily visits from his two children, and most of all is loving wife of 59 years, Joan. He is predeceased by his father, Albert Sr.; his mother, Anna; and his loving wife, Joan. Al is survived by his daughter, Terri Wolcott (Robert); his son, Gary Haes Sr. (Vivian); his five grandchildren, Robert Jr. (Alissa), Ryan (Amanda), Richard (Chelsea), Riley Wolcott, and Gary Haes Jr.; his seven great grandchildren, Jayden, Logyn, Kylie, Johnnie, Hunter, Emma and Baby Wolcott; his brother, Wayne Haes (Irma); and his sister, Patricia Maier (Haes). Services will be private at the convenience of the family. Contributions in Albert’s memory may be made to the EHC Fire Dept., Pilgrim Academy, or Victory Bible Church. Your family and friends will miss you dearly. May God watch over you and Mom. Together Forever! Arrangements entrusted to Wimberg Funeral Home, 400 Liverpool Ave, Egg Harbor City 609-965-0357. For condolences, please visit wimbergfuneralhome.com.

The family of Albert S Haes Jr. created this Life Tributes page to make it easy to share your memories.

Send flowers to the Haes family.